The Hidden Secrets of the Clerks’ Well 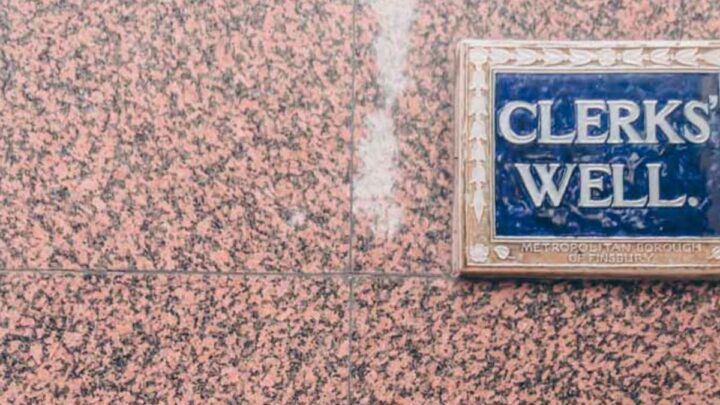 Discover the Clerks’ Well  – the very spot from which Clerkwell takes its name.

Many of us will have visited Clerkenwell many times before– after all it’s well known for its cosy gastropubs, trendy bars and hip cafes.

But what if Clerkenwell had a little piece of history to discover that was still around to visit today?

Turns out… it does. On your next trip to Clerkenwell, you should visit the Clerks’ Well – the very spot from which Clerkenwell takes its name.

You’ll find the Clerks’ Well in the basement of Wells Court, a private office building – although it can also be seen from the street level of Farringdon Lane.

The well dates back to medieval times. Today it’s sunken into the ground and housed in the ruins of some crumbling bricks. In fact, it’s pretty unpretentious and if you didn’t know the history of the Clerks’ Well you might wonder what all the fuss was about.

The Clerkenwell we know and love today is made up of quirky Victorian factories and warehouses that have been converted into trendy flats. But, did you know that this hip part of Islington dates all the way back to the 11th Century?

It’s believed that Oliver Cromwell, Erasmus Smith, the Duke of Northumberland and other aristocats owned properties in Clerkenwell throughout the centuries – although we doubt they were sipping on flat whites like the Londoners of today.

Clerkenwell got its name from Clerks’ Well.. which is essentially – yep, you guessed it – a well.

The first surviving reference to the name Clerkenwell is from 1100. In medieval times Clerics were referred to as Clerks, and pluralised as Clerken, Clerken and the Well joined together to form Clerkenwell and pay homage to the Clerks’ Well.

The Well was rediscovered in 1924 and made part of a building called Wells Court on Farringdon Lane in the 1980s, and it can still be seen through one of the ground floor windows today.

The Hidden Secrets of the Clerks’ Well

The area is home to the many parishes of St James and St John, in fact the area revolved around the Priory of St John of Jerusalem during the reign of Henry I. During that time The Priory was home to English Knights Hospitallers in the 11th Century.

Built in the 11th Century, The Clerks’ Well harks back to Norman times, when Londoners flocked to Clerkenwell en masse to see London’s parish clerks’ miracle plays. It’s believed that these biblical plays performed by the clerics were sacred and they were performed religiously around Clerks’ Well.

The well was located in the boundary wall of St Mary’s Nunnery, a 12th Century house for Benedictine nuns and later of Franceisen nuns, and it was originally the primary water source– yes there was a time when expensive bottled water didn’t exist. After the dissolution of the Nunnery and the boundary wall was destroyed, the well was lost too.

Not so much a secret about Clerks’ Well, but rather an interesting fact about Clerkenwell itself. During the 17th and 18th Century, there were three famous prisons in Clerkenwell– Clerkenwell Bridewell, Coldbath Fields Prison and the Clerkenwell House of Detention– it seems as though most residents were locked up with that many prisons in one town.

The well was so sacred that Clerks’ Well was lost for centuries– to the point that in Victorian times, it was filled with rubbish.

It was later rediscovered by some builders in 1924 after the First World War on Farringdon Road.

More things to do in Clerkenwell 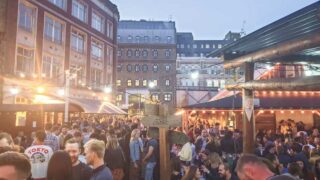 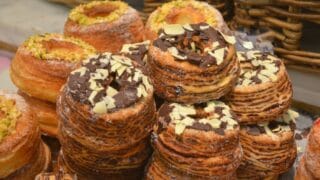 Next
London Cronut Spots You Need to Try (Right Now)