The Secret Masonic Temple Hidden in a Central London Hotel 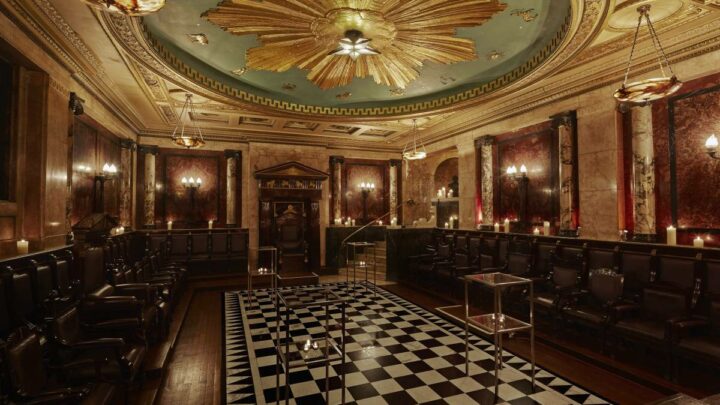 There’s a secret masonic temple underneath the Andaz Hotel in Liverpool street. Here’s what you need to know…

You’ve probably been to the Andaz Hotel before, or at least heard of it, but did you know that the Andaz has a Masonic Temple tucked underneath it?

The Grecian-style temple is easily one of London’s best kept secrets –  unlike the better-known Freemasons Hall, this one’s just for those in the know.

Andaz’s Masonic Temple is one of London’s unique event spaces. The original temple dates back to 1912 and is considered one of the greatest Masonic temples of its time, thanks to  its grandiose interior.

The History of the Hidden Masonic Temple

To understand the history of The Masonic Temple we’re going to have to travel back to the 1880s.

In the late 19th century, trains were very profitable and railway companies began making a lot of money– not too dissimilar to the daylight robbery of today that is the London Underground.

To make the most of the travellers passing through train stations, many rail operators opened rather grand hotels next to the stations.

Liverpool Street Station was operated by the Great Eastern Railway and in 1884, designed by Charles Barry Junior and Edward Middleton Barry, they opened The Great Eastern Hotel (now Andaz London).

Spookily it stood on the site of an old Bedlam asylum. It was a grand hotel with 160 bedrooms, and not one but two masonic temples.

Back then, a masonic meeting point was as important as a hotel having a swimming pool or spa, because we all know how we like those luxuries.

The chairman (who was a mason) of The Great Eastern Railway in 1912 redesigned the first floor temple in a Grecian style (Masonic Temple) and the temple in the basement was Egyptian-styled.

Alexander Burnett Brown was commissioned (also a mason) to redesign the temple for a whopping £4 million.

It was one of Britain’s finest meeting places– we’re not surprised at that price. It was used regularly (probably to get their money’s worth) by Caledonian Lodge members until 1947.

Now, there’s an urban myth that claims it was forgotten about and was rediscovered behind a wall during renovations. But, masonic records revealed The Barbican chapter had used the room for meetings up until 1992. So, we’ll let you be the judge of what to believe…

Visiting the Temple at the Andaz London Today

Today, the Masonic Temple is the backdrop for many iconic events.

So iconic, in fact, that it has even hosted celebrities like Lady Gaga, Paloma Faith and Alice Cooper.

The elegance of the space makes for the perfect location for photoshoots, location filmings, pop-up cinemas and more, the possibilities really are endless with a space this marvellous.

Not much has changed since the Masonic Temples grand redesign. The Grade II listed temple has kept its magnificent chequered marble floor with original leather and gold thrones fit for a king.

The temple has 12 different types of marble covering the walls and columns, and don’t forget to look up and marvel at its gild zodiac ceiling, it’s pretty amazing.

Although the Masonic Temple is for prestigious events there’s still other ways to visit if you’re not an A-List celebrity.

It’s sometimes used for pop-up cinema events, so keep your eyes peeled for any future events. When there’s no pop-up events on you can book the space for private dining and events.

Practical Tips for Seeing the Temple

Can The Public Visit The Temple?

The Masonic Temple is available to book for private events, and the temple sometimes holds events for the public, check here regularly for any upcoming events. 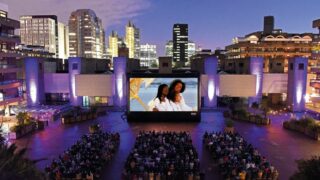 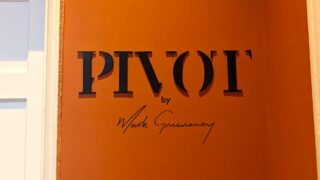