The Hidden Secrets of Westminster Bridge 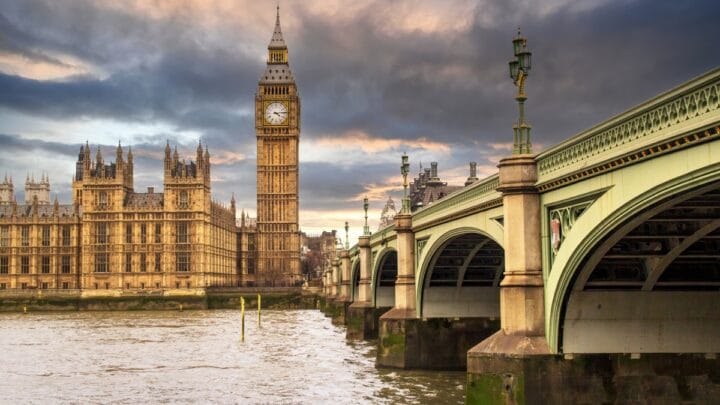 Westminster Bridge is an iconic landmark of London that marks the crossing between Westminster and Lambeth.

It has its practical uses, sure. However, seeing as it is a frequent guest star in many shows and movies and provides the perfect view of Big Ben and the Palace of Westminster, it’s safe to say that Westminster Bridge has become a tourist attraction in its own right.

Still, it wasn’t always this rosy. Westminster Bridge got off to a rather rocky start and caused quite the controversy during its formative years. Here’s why.

The History of Westminster Bridge

While the bridge that stands over the Thames today is not the original, the current incarnation of Westminster Bridge is the oldest road bridge spanning the Thames in the centre of the city.

In fact, the original bridge was also only the second stone bridge to be erected in London.

In 1664, a select group of people pitched the idea of adding a new bridge over the Thames.

While a new bridge seemed long overdue, the proposal was rejected several times because the Mayor, the Archbishop, and many other higher-ups were making too much money from ferrymen to care about the inconvenience of travel for the general populace.

The company that owned London Bridge and the Company of Watermen charged fares to cross the river and didn’t want to see a dip in profits.

Eventually, in 1736, the proposal was finally approved, paving the way for the building of the bridge – but only after heavy compensation had been paid to the ferrymen and the archbishop.

Unfortunately, England didn’t have any architects skilled enough in modern bridge construction, so they hired the Swiss architect Charles Labelye who happened to be in London.

Construction got underway in 1739, and after several funding issues and delays, the bridge was finished 12 years later.

Over the years, the bridge gained several improvements, including oil lamps and later gas lamps. From the start, Westminster Bridge was intended to be toll-free. It was a public institution meant to improve lives rather than hinder them.

As time and the water of the Thames bore down on it, the original Westminster Bridge eventually became too expensive to upkeep and was torn down in 1853.

The Commissioners of Public Works commissioned a new bridge when it became necessary to demolish the original.

Designed by Thomas Page and Sir Charles Barry, the new bridge opened on Queen Victoria’s 43rd birthday on May 24th, 1862, with a 25-gun salute in honour of her 25 years of rule.

The current bridge incorporates stonework and cast iron in a gothic revival style and sports some rather distinctive electric lamps.

Westminster Bridge hasn’t just served as a functional construction throughout its long history: artists from far and wide used the bridge as a source of inspiration in paintings, poetry, and more.

In fact, the earliest depiction of Westminster Bridge is from when the bridge was even completed and captures its first (and certainly not its last) significant building delay.

Peek at The Thames During the Great Frost by Jan Griffier II (you’ll find the painting in the Guildhall’s collection) and you’ll see that although pilings were in place for Westminster Bridge, the bridge itself was pretty much a skeleton.

When the river froze over, construction halted, and townsfolk crossed the ice and set up ladders to climb the unfinished structure.

Canaletto Had a Lot to Answer For

Another famous depiction of the bridge comes from the Venetian painter Canaletto, who painted the bridge during a later phase of its construction in ​​London: Westminster Bridge from the North on Lord Mayor’s Day.

The bridge was still incomplete, so Canaletto took liberties in his artwork, adding elements planned but not yet in place. Some of these plans never came to fruition or were scrapped, so the painting Canaletto created is of a bridge that never even existed.

Canaletto continued to paint the bridge in his own style and other artists copied his design – with the result that some “historical” representations of Westminster Bridge are wholly inaccurate.

Perhaps one of the most notable pieces of art inspired by the bridge is William Wordsworth’s Westminster Bridge poem.

Written September 3rd, 1802, the sonnet is entitled Composed upon Westminster Bridge and describes a city asleep in the early morning and the ethereal view from the bridge.

Earth has not any thing to show more fair:

Dull would he be of soul who could pass by

A sight so touching in its majesty:

The beauty of the morning; silent, bare,

Open unto the fields, and to the sky;

All bright and glittering in the smokeless air.

In his first splendour, valley, rock, or hill;

Ne’er saw I, never felt, a calm so deep!

The river glideth at his own sweet will:

And all that mighty heart is lying still!

Westminster Bridge continues to be a go-to landmark for filmmakers, making appearances in Doctor Who, James Bond: Spectre, What a Girl Wants, 28 Days Later, Sherlock Holmes, and many, many more shows and movies.

If you think the fun stops there, you are sorely mistaken. Westminster Bridge has been around for a long, long, long time and has more stories to tell than your chatty grandpa.

You know, if bridges could talk, at least.

It Almost Wasn’t Built Because Not Enough Funds Were Raised

The first fact to address is that initially, the idea was to raise the money through a lottery, but when that didn’t garner enough funds, the team held four more lotteries.

And Then It Went Totally Over Budget

The Bridge Used to Be Guarded By Night Watchmen

It Was Repainted to Match the Seats in Parliament

The current bridge also had some remodelling over the centuries, most notably when it was painted green in 1970. The colour complements the leather seats in the House of Commons in the Palace of Westminster.

For the best views and smallest crowds, head to Westminster Bridge in the evening. It’s the perfect place to watch the sunset over the Thames.

There are also annual firework shows for New Year’s along the South Bank, but you need to buy tickets in advance.

To get to Westminster Bridge, take the train to Waterloo or Underground Station, or ride up in a river bus. Sightseeing tours often cross the bridge but may not stop for photo ops. 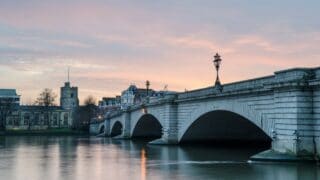 Previous
Best Things to do in Putney 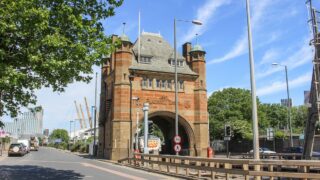 Next
The Hidden Secrets of the Blackwall Tunnel